Spill the tea! Some see it as an trick to get the French to take the epidemic seriously.

In a televised speech, Mr. Macron promised to ease the lockdown when the number of new cases fell below 5,000/day. The French government broke it on Tuesday and suffered the consequences on Thursday.

Macron is young enough to fight the virus. It is expected that he can give weight to COVID-19, rather than continue with the gimmicks.

It is the First Lady who is more worrying. France, after all, has just had two state funerals and can no longer afford hat tricks.

It’s not unusual. In the Fifth Republic, there have been 8 presidents, including two (Pompidou and Mitterrand) who died while in office and one (Charles de Gaulle) who quit voluntarily, so the French presidency is perilous.

By the way, the president shall hold a concurrent post of Copríncep d’Andorra.

Incidence in early October after 1.5 months after the second wave

Incidence at the end of October after lockdown, 4 times higher within one month

Lifted lockdown at the end of November by ① expanding the range of activity; ② moving to night-time curfew on the number of new cases falling to around 5,000 a day. Incidence on that day

Today’s incidence. The pandemic was not under full control compared to one month before due to premature lockdown lifting. However, this step was willfully pursued by the French government.

Pandemic trend. Half of the cities were locked down and prematurely lifted in the second wave, thus interrupting the downtrend. 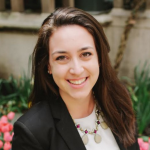