A good name is the best wishes for a new born ！Which names can best represent strong babies? You will love these strong names for baby boys!

Congratulations, you are about to welcome your baby! Are you ready to be a parent? Let’s start by choosing a strong and powerful name for your baby!

There are plenty of different ways to select a baby boy name, such as choosing a name inspired by a place or the season of your child’s birth. But perhaps you prefer a name that denotes an idea or meaning that’s important to you and packs a powerful punch. We’re talking a strong boy name that has weight, and will hopefully inspire your little guy to dream big.

But before you start your search, first, think about what you want strength to mean — a ruler? Power? Wise? Do you want the name to have biblical origins, mythological ties or to be associated with powerful leaders? Do you want a strong boy name that’s a literal translation for “strength,” or are you drawn to similar meanings like “brave”?

This list of strong baby boy names has something for everyone and every little one. Time to get inspired. 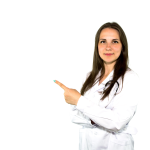