Masters of Ultrasound，an educational account on Youtube, focused mainly on Echo Cardiography, POCUS, and FOA Med，has just released his video of EagleView Ultrasound Complete Review recently. In his video, he showed the EagleView operation process, usage method, image quality and compared it with other portable ultrasound products on the market, and also objectively enumerate their respective advantages and disadvantages. Read his article to learn more.

So this is how it came directly from the package, and as you can see, it somehow reminds me of an Apple product. So if we open it the first we see is the quick operation guide, which is a small book with instructions, then we find the probe in this translucent plastic bag. Then we find on the bottom of the box the cable which is a micro USB for the wireless charger, and finally, the wireless charger and a stand, to put the iPhone tablet or whatever or even the probe itself.

As you can see, it’s a wireless, dual-head probe, that connects to iOS 9 or later and Android 10 or later smartphones and tablets. Given it is multipurpose and has the ability to scan both very superficial structures with the linear probe and deeper ones with the curved, I will compare at the end of the video some of its most remarkable features versus the Butterfly IQ+ and Vscan Air, the two most popular multipurpose out there in the market. It doesn’t make sense to compare them with specific ones, since they are usually tailored towards a specific target and therefore they usually have higher performance in that narrower specter of situations, whereas these probes are able to handle a wider range of circumstances.

It measures 156 x 60 x 20mm (equivalent to 6.1 x 2.4 x 0.8 inches), has a glossy finish, and weights 260g equivalent to 0.6lbs, which lies in between the Butterfly which is heavier with 309g, and the Vscan Air which is lighter with 205g. It has an integrated battery of 4200 mili Amperes hour and in my case, it allowed approximately 30 minutes of continued use until it overheats, and almost 3.5 hours of total scan time before recharging it.

Bear in mind this time can vary substantially based on the scan mode you use and how long the image is frozen (their official webpage states between 3 and 5 hours of total scan time). Color doppler drains the battery more quickly, then the remaining imaging modes, and finally a frozen screen while doing measurements or entering patient info and so on. As I’ve been testing it intensely I must admit I have used color doppler for quite long periods.

Simply placing your EagleView portable doppler ultrasound over the wireless charger that comes in the same box will recharge the battery. In my case, it required approximately 2:30h for a full charge and it cannot be used while charging. It doesn’t have any port so everything is wireless (including charging and exporting). As mentioned initially, it has two probes integrated with the same device, with the linear end tailored towards shallow exams, such as MSK, vascular, thyroid, lung, breast, nerves, aesthetic medicine and interventionism in general and the curved end towards deeper exams such as the cardiac, abdomen, ob/GYN and urology. The footprints are the usual ones of linear and curved probes, same as Vscan but contrary to Butterfly.

The only button it has, which switches on and off the device and freezes the image, also changes between both probes and the light indicates which one is being used currently. It is not fully waterproof, only 1-2cm from the footprint, video speed is 18 frames per second, the linear probe is 128 elements. Probes frequencies are: 3.5MHz and 5MHz for the curved one,  7.5MHz and 10MHz for the linear one. Scan depth: arriving up to 30cm for the curved one, arriving up to 10cm for the linear one.

Bear in mind the cardiac preset concentrates all the ultrasound beams in the center to be able to go through the ribs and obtain an image. Because it’s bigger than usual PA cart machine probes, it can be tricky sometimes to obtain some views (such as apical 4 chambers for example), because of the lack of space between the bed and the patient.

Now you’ll see the bootup and pairing process. It connects via WiFi network in less than 17 seconds from pressing the power button to being ready for the scan. It has 15 presets for the different organs, 5 imaging modes (B, M, color doppler, power Doppler and pulsed wave doppler), and several advanced image settings such as TGC, DYN, Focus, Harmonic, and Denoise, as well as the typical depth and gain. It stores the images directly in your device as a .jpg or .avi and it can also use DICOM. This has some pros, such as not needing any cloud service to store your info nor pay any annual subscription as well as cons such as only having the images in the device they were taken, although you can always share them via your favorite apps, such as Whatsapp, messages, telegram, email, AirDrop and so on.

Now you’re gonna see some recorded clips with the device and live demos because I could say it’s really good or bad but I prefer you assess it by yourself and obtain your own conclusions.

And, as usual, to sum up, let’s put the pros and cons all together and compare them with the Butterfly and Vscan.

On the pros column, we have:

– Lowest price in the market. The main one. It provides comparable results to more expensive options, and here lies its greatest value.

– Aesthetic, somehow light and not clunky.

On the other hand, on the cons column, we find:

– Color doppler scale up to 40cm/s only, suboptimal for cardiac velocities.

– Gain adjustment is made by buttons, not with a left or right slide, which would be easier.

– Relative: (Manual image quality settings. Good for experienced people, but this can be daunting for inexperienced ones, that might prefer that an algorithm adjusted the image by itself)

We’re gonna compare the size and weight, battery, imaging modes, image quality, advanced image settings, and price, which are the most important features for most of you. If someone wants any further detail, please let me know in the comments. 1. Size and Weight: It lies between the Vscan Air and the Butterfly IQ+ both in size and weight. 235g for the EagleView vs 205g for the VscanAir and 309g for the ButterflyIQ+. 2. Battery: This extra weight and size vs Vscan Air allow it to have a bigger battery (4200mAh). It has better than the Butterfly IQ+. 3. Imaging modes: Neither the Vscan Air nor the Butterfly IQ+ has the same amount of modes outside of the US, with Vscan Air only having B mode and color doppler, and Butterfly having B, M, color doppler, power doppler and, only in the US, pulsed wave doppler. It also has additional tools such as the auto calculator, bladder volume calculator, needle enhancer, and bi-plane tool for interventionism, that any other hand-held device has. 4. Image quality: IMHO, the Vscan Air has the best B-mode image quality, then I would say the EagleView and then the Butterfly. This applies especially to the heart, which is what I scanned the most but can relate to the rest of the body. 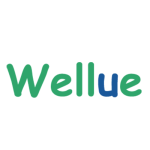